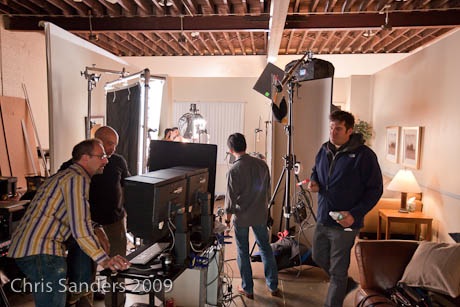 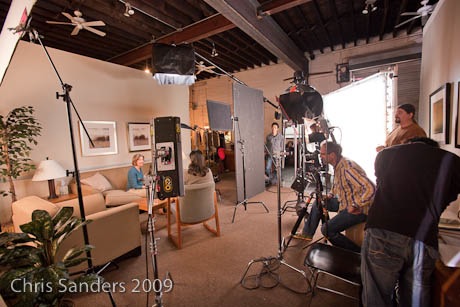 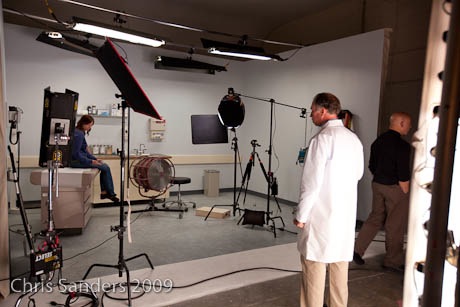 It’s been a while since I have written here on what’s going on. It’s been a crazy and intense few months and I hope to catch up with you here. It seems like advertising has re-launched. I have been very busy shooting a number of projects. I don’t know whether it was the rush to spend 2009 budgets or the flush of new 2010 money but I’ve been very fortunate to have some great pieces to work on. Several I can’t tell you much about due to confidentiality agreements but I’ll at least show you some production stills where I can! (That seems to be the most looked at part of this blog).

This project is an on-going Pharma campaign for BMS. It’s been rather exciting to work on because I get to use much of my film background especially working actors. It was a still job but as I have previously mentioned here, I prefer to work with models that can act or in this situation we cast actors that were perfect for the roles. Lighting wise I work with hot lights so I can instantly see the look as the talent move and respond. Plus they, too, can feel their key light and help stay in the “zone” when we are shooting. We shot on location and on a set. The lighting for this campaign is very dramatic so working on a set gives me better control.┬á The set was masterly built by my set builder, Mark Bednark. He created a medical suite of offices and exam rooms. Obviously for pharma, medical offices are important. But they are hard to get as actual locations and here in New York they are all quite small. So we built and lit it, completing what might have been two days in on-location medical offices to one day on set. Stylist was the fabulous Gabrielle Rosenberg, who as always gives me tons of choices (she gets her own cube truck!).