High Above The Eventi!

Advertising Photo shoots, Behind the Scenes: Anatomy of A Shoot 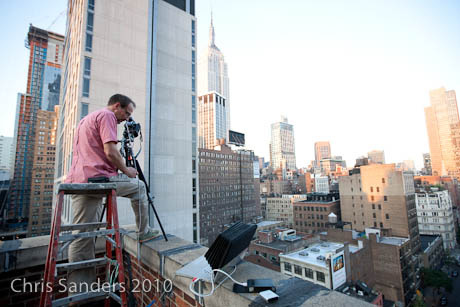 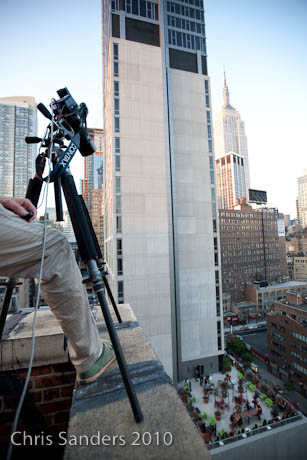 I was shooting an outdoor party set-up for Kimpton Hotel Group at the new Eventi hotel here in New York City. It’s conveniently right around the corner from my office at 29th and 6th Avenue. The outdoor space is a patio deck area that is five stories up and I thought it would look great from the building next door. We got our models in action, lit the set-up, and then went to the roof. We didn’t need walkies for this just used our cell phones to call out directions. I love the blurs of the taxis down below. I shot from sunset until just after dusk to get a variety of light. We used hotlights and HMI so I could see the lighting ratio with my eyes and I then was able to call in for gel changes right away. These behind the scenes photos were taken by Tom Judge. 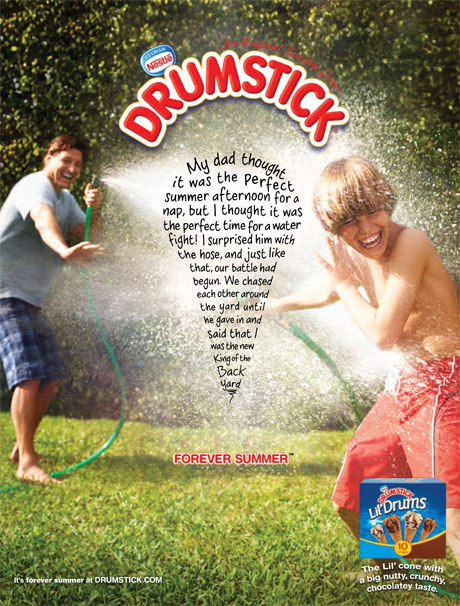 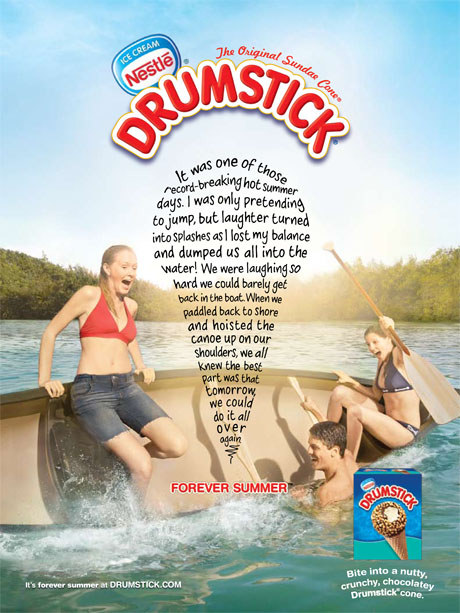 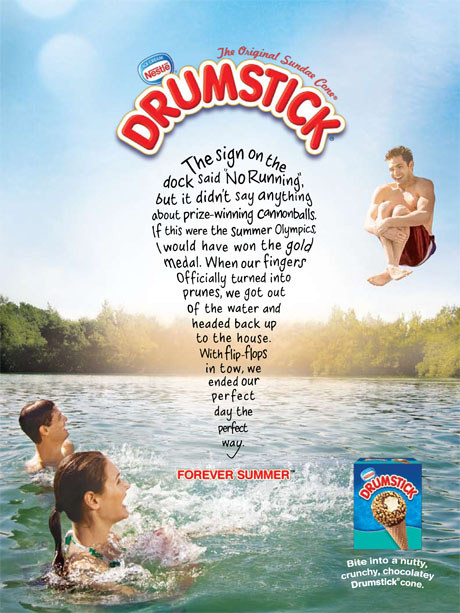 Earlier I wrote about shooting in Miami for an ice cream campaign.  Well, I try to keep everything on the hush hush until the ads/videos are public.   And now that the videos and print ads have been released I wanted to tell you about them.  I was shooting for JWT New York’s client Drumstick.  It’s a summer campaign and the creatives loved my lake newspaper (below) from last summer so it became the inspiration for this shoot.

We shot several young actors playing in the water doing cannonballs and flipping each other over in the canoe.  As well as a water fight between actors playing a son and a dad.  We primarily shot stills and video at the same time but I was also adding on some moments at the end of the still shoot to get some unique perspectives for the video portion.  The interactive and on-line videos were done for the Smith Bros interactive agency. Check out the clients website at drumstick.com for the website video. 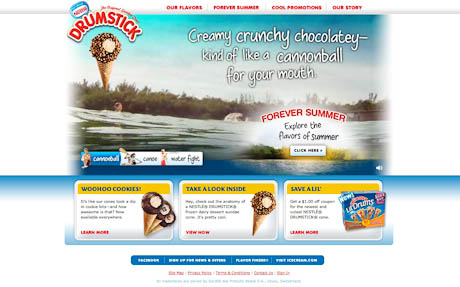 There are three web videos we did:  Cannonball, Canoe and Water fight. They are on the main page. Also, here is the Hulu.com pre-roll commercial as well.

We shot the stills and the video almost simultaneously.  I set up scenes for the talent to act in.  I, then, photograph those scenes with a still camera and now with a video camera as well.  I have some great cameramen(in this case, Tim Fengolio).  I meet with them in advance and go over what we need to cover plus we have rigged the cameras so I can immediately see what is being shot and direct any changes. 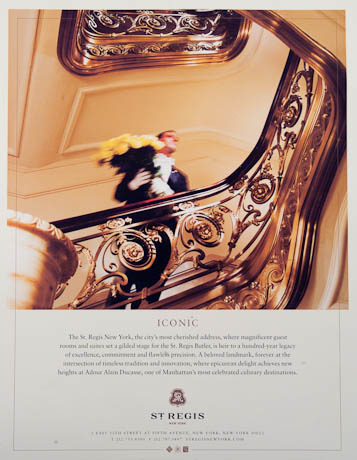 On the back inside cover of the May issue of Conde Nast’s W magazine is a shot I took for Starwood’s St. Regis Hotel here in New York.  We had to shoot in the lobby very early in the morning (2am) so as not to inconvenience any guests.  I love to show motion in a still frame.

Don’t get me wrong, I like the client’s version of the commercial but I wanted to try something with faster cutting and a change of music. I was able to add a few more scenes into the piece as well. The agency was from Germany, so they cut the commercial in Germany. Editing can take a week or more, so it was prohibitive for them to hang out in New York to cut it here. As I move into doing more video work, I have been developing relationships with editors. In the future, I hope to be able to do more director’s cuts to present to the agency as my thoughts on the project. This director’s cut was done by Ronni at IKA Collective. The original commercial is here if you want to compare. 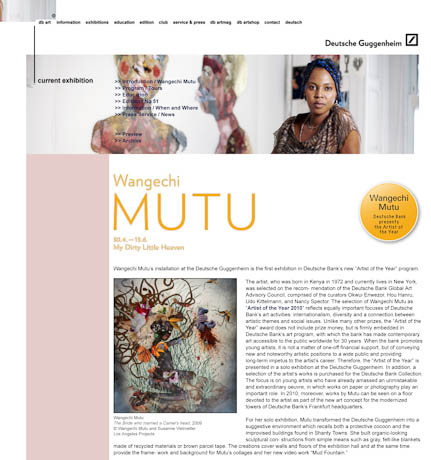 Wangechi Mutu was named “Artist of the Year” in the first exhibition in Deutsche BankÔÇÖs new ÔÇ£Artist of the YearÔÇØ program at the Deutsche Guggenheim. Wangechi is one of the artists I have photographed for my artists series.  I wrote about it earlier here.  Her work is fantastic. If you are in Berlin, check it out.