I chose Barcelona because of the weather. It was suppose to be sunny and warm. Instead we spent the week in the rain. The first day of shooting was planned for inside so we could avoid the rain. We shot at a club/lounge (Ottozutz). Then went to an apartment for some couples’ themes. The second day we had found another interior. However, when we looked out at 6am, the sky was clear and we decided to scrap the location and head for the beach. There I was able to do a lot of very active shots and come up with more scenarios for the client. Within a few hours I was able to run around and try the various scenes that I had scripted. I was very happy to have had good weather. Even as we were walking back to the vans, I took a quick shot of two of the girls playing “Queen of the Hammock.” I have not posted any outakes or images from this campaign because I am waiting for the client to make their selections. But here are some behind the scenes: 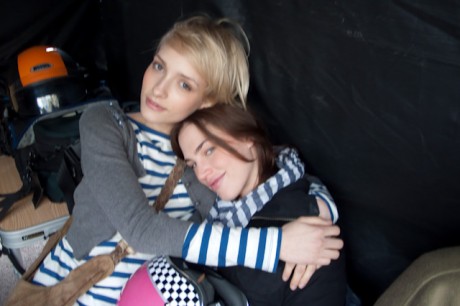 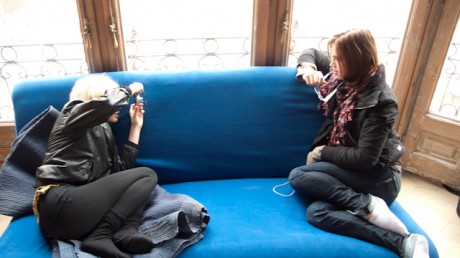 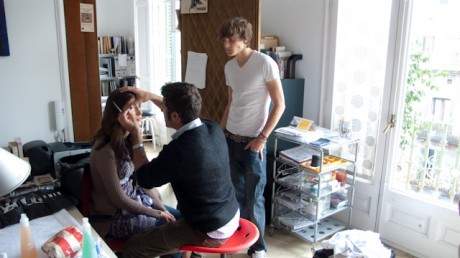 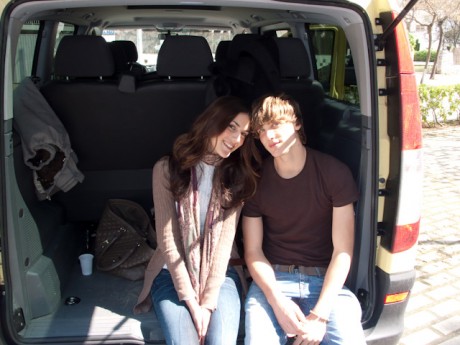 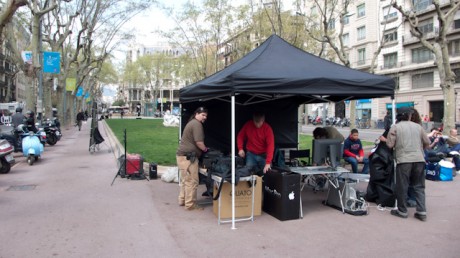